Since I had signed up for my fourth iron distance a couple of weeks ago, I started to immerse myself once more in the history of Philippine triathlon, and in particular Filipino triathletes in Hawaii. I basically went through all results that I was able to find to conduct a first overview.

Afterwards, there were no Philippine triathletes again until 2011 (!). However, there might be many Filipino athletes who represented other countries. A very notable result would be, of course, the appearance of Arland Macasieb in 1998 who finished the race in 12:30:15. According to the lists I have found, only his home New Jersey was indicated but most likely, he was representing the Philippines in 1998.

Philippine „invasion“ at the Ironman Hawaii in 2011

After many years without obvious Philippine representation in Hawaii, there were 10 (!) finishers in 2011. Amongst them were Noy Jopson from Cebu City setting a new record with 10:32:35, followed by Benjamin Rana Jr. with 10:53:46 as well as Wilfred Uytengsu who had brought the Ironman brand to the Philippines (source: https://www.coachcox.co.uk/imstats/race/173/results/). 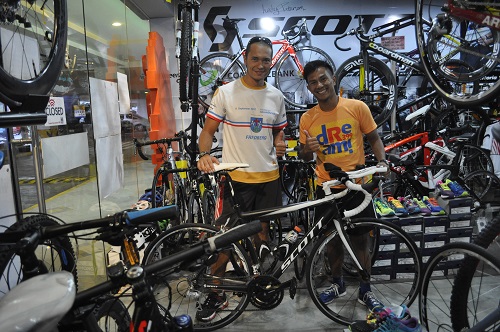 It is very likely that Uytengsu’s Sunrise Events, Inc. which has organized Ironman-branded races in the Philippines since 2009 contributed a lot to the fact that we saw many more Filipino triathletes in the past 10 years. In fact, since 2011, there was at least one athlete representing the Philippines at the yearly event.

As of November 2022, the following Filipino triathletes were the fastest to date at the Ironman World Championships in Hawaii:

Further notable results are Linus Pagusara’s 11:01:06 and Leigh Gunn’s 11:22:09 at Ironman World Championships St. George that was held in May 2022 as substitute for the Ironman Hawaii 2021.

It is kinda funny but just after completion of the first version of this article, I have read about the rumours that Ironman decided to move the World Championships to Nice for the males’s race in 2023. This would mean that only the women will be able to race in Kona 2023.

The rumours were actually confirmed on December 1, 2022. The World Triathlon Corporation (WTC) who organizes the IRONMAN events officially announced that the men’s race will not take place in Kailua-Kona, Hawaii, in 2023 and return instead in 2024.

Please let me know, in case I missed any important results or if I got any details wrong – maraming salamat po!